A number of key factors come into play when your goal is to produce 2,200 kilos of milk a day (or more than 800,000 kilos a year) with a milking robot. These keys to success include the barn, the ration and the robot settings.

Indeed, the amount of milk produced day to day by a robot depends on the number of milkings and the amount of milk per milking. But in every scenario, success will come down to one of the determining factors depicted in Figure 1. Since these factors also interact with each other, it is important to determine areas of improvement and adjust them with your robot specialist as needed to achieve the so-called ‘flywheel effect’. 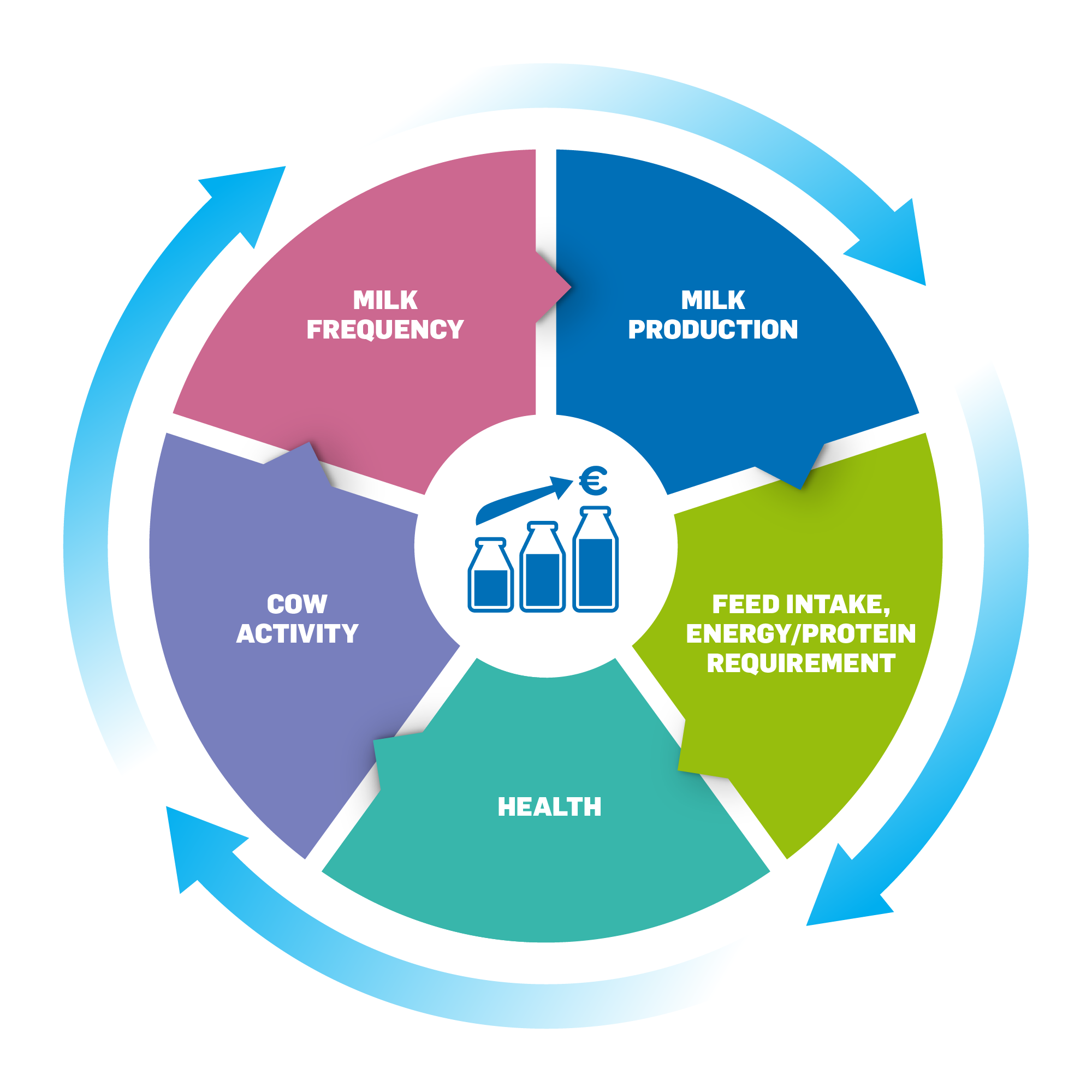 Figure 1: The RobotExpert ‘wheel of success’ describes the relationship between the different factors that impact robotic milking

To illustrate the point, take a farm with 58 cows on the robot and 2.9 milkings per cow per day. This amounts to 168 milkings each day. At 10 kilos of milk per milking, this means a daily production rate of 1,680 kilos of milk. However, when the milk yield per milking increases to 13 kilos, the result is a daily volume of 2,184 kilos of milk. This means the milk production per cow will have to increase from 29 to 37.6 kilos per day. In this example, the milk production per robot and the robot’s capacity will be improved by significantly increasing the milk yield per milking.

Every farm is different

If you average 2.7 milkings, a fresh dairy cow will reach an average of 3.3 milkings. With 2 kilos of concentrate per visit, a fresh cow will therefore eat 6.6 kilos of concentrate. But if your basic ration only contains 23 litres of milk, this will not be enough to stimulate the cows to reach the desired peak production level. A concentrate station is a good solution. Another alternative involves increasing the ration at the feed fence incrementally.

Whatever the situation in your barn, producing a good quantity of milk per robot depends on the persistence of your cows. This is when the robot settings come into play. They play a fundamental role in achieving your targets.

Specifying the right settings for the milking robot

Usually, farmers pay sufficient attention to highly productive fresh cows when specifying the robot’s settings. After that, however, things often go wrong with the settings. The highly productive cows are at peak production and are switched to a milk feed table. But because the fixed feed table and the milk feed table do not correspond, the milk yield falls. The declining yield directly impacts the entry of the cow to the milking robot.

The cow enters a downward spiral in terms of the number of milkings and feed intake, so the cows on the farm become part of a process that should be avoided precisely because milking is done through a robot. The cows are extremely persistent in production (due to more than two milkings per day), especially on farms that use robots. This persistence also determines the efficiency of the robot and whether it can milk more than 2,200 kilos a day. Figure 2 shows a direct link between milkings, feed and milk yield. 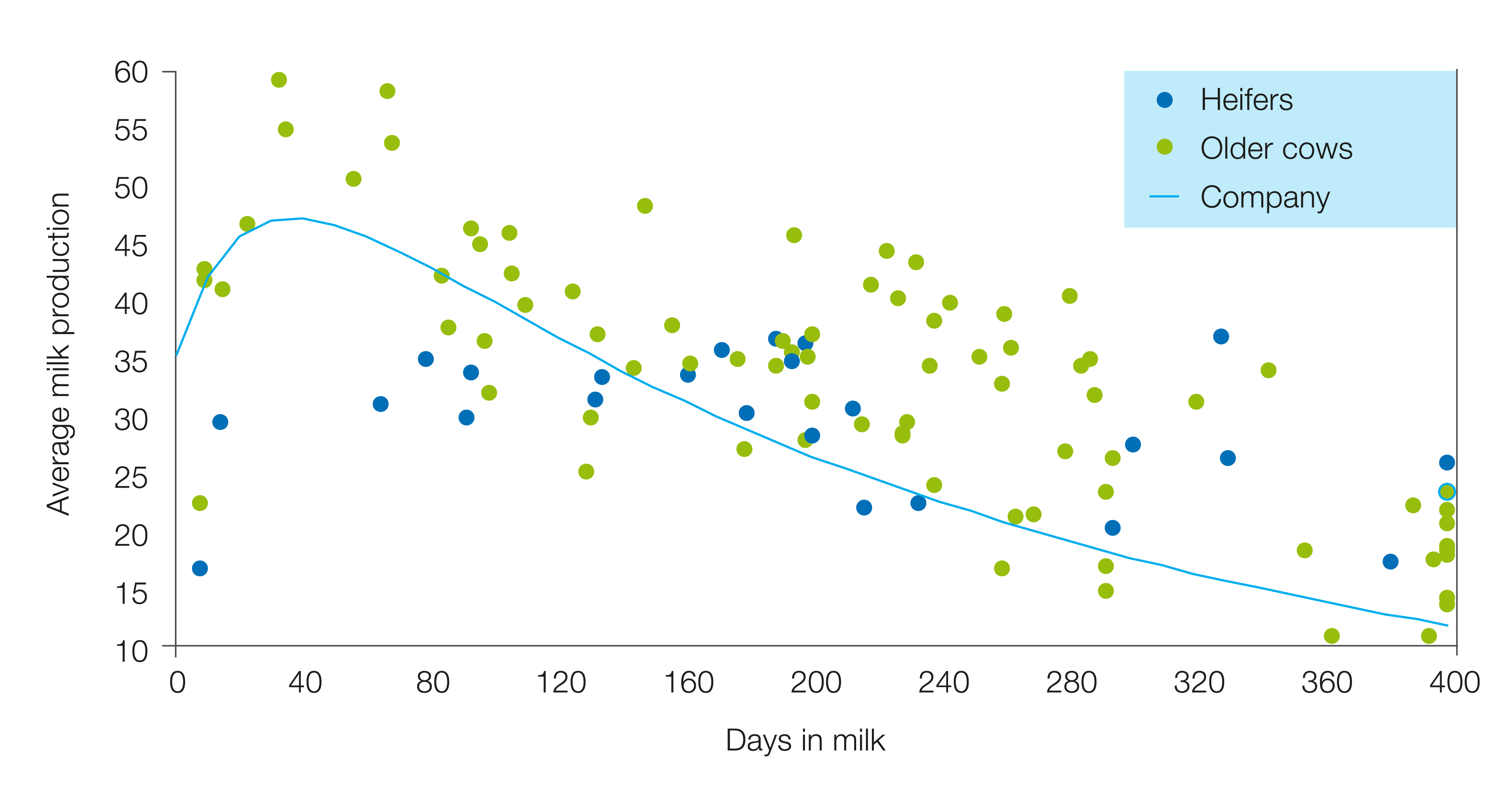 Figure 2 shows what is often seen in practice. Peak production is easily achieved 60 days into lactation. After that, the milking admission changes and cows lose their original milking rhythm, resulting in fewer milkings per day (0.1 milkings/cow/day is 1 kg of milk). Sub-optimal robot settings regarding both milk yield and feed table settings after 60 days of lactation send cows into a downward spiral in terms of milk production. So, the settings determine which direction the cows will move in regarding milk production. Figure 3 shows this vicious circle in practice.

By conducting a thorough on-farm analysis of your robotic milking operation, De Heus’ advisors can detect obstacles that may be preventing your ‘wheel of success’ from turning properly and impeding your cows’ performance.

The on-farm analysis in the barn focuses on several key points: the space in front of the robot, the number of cubicles, the number of feeding places in the barn, and the availability of sufficient, high-quality roughage. Of course, issues such as calving patterns, hooves and animal health will also determine if and when you reach the production target of more than 2,200 litres per robot per day.

As a ‘robot farm’, it is therefore crucial you optimise your milk and feed settings. Think of this as an ongoing process, given that the situation on a robot farm is constantly changing. Fortunately, our advisors are on hand all year-round to adjust the parameters as needed!

Learn more about RobotExpert or contact a member of the De Heus team for more information.

Get in touch with our specialist